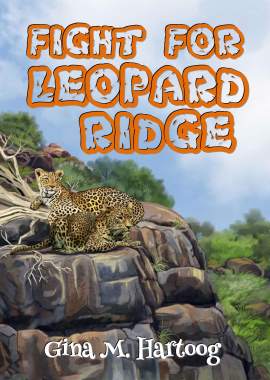 When Jade Tanner and her friends from the Green Police learn that a piece of land is being sold to developers, they vow to save the land to keep it wild. But without time or money, saving Leopard Ridge seems like a distant dream for the environmental champions of Port St. Stevens. Will the town’s strange old sailor throw them off course, or is someone else playing with fire? Can Jade and her friend Mikateko Dlamini link the clues to save the land they hold so dear? Or will their sleuthing get them grounded for the rest of the summer?

Gina Hartoog is a full time Gauteng-based freelance photojournalist with fifteen years in the magazine industry and over 2,000 published articles. After starting her career in photography, Gina was soon bitten by the writing bug and began to contribute to several well-known South African publications. She later worked as an in-house journalist and sub-editor before returning to freelancing in 2005. During this period she was contracted as an editor for several publications and produced content for various websites. Fight for Leopard Ridge is her second novel and first children’s book.

OTHER BOOKS BY THIS AUTHOR